It seems that when the production sub-unit of a Conversion Unit is linked directly to more than 1 Energy Node, OMEGAlpes "assumes" that the unit can deliver its maximum power output to all nodes at the same time. As a result, the total energy delivered by the ConversionUnit can be up to X times superior to its actual maximum production, with X being the number of downstream nodes connected to the production sub-unit.

Results plotted for the energy nodes reveal this "ghost" additional production, but otherwise it goes unnoticed by the Conversion Unit. The production sub-unit's "e_tot" respects the Conversion Unit's energy balance, but the aggregated energy received by all downstream nodes connected to the production sub-unit does not. Apparently, OMEGAlpes does not give any Warning for this misformulation. The user can only notice by analyzing the profiles.

I'm aware that the proper way to code it user-level would be to connect the ConversionUnit.production_unit to just 1 Node, which then exports to all target nodes downstream. But anyway, there should be some mechanism to protect users from this issue.

(It can be seen that the energy balance is respected) 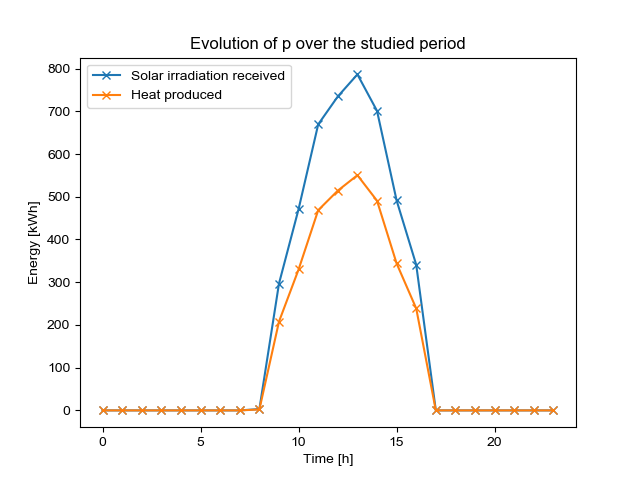 (At every time step between t = 9 h and t = 16 h the Energy Nodes are receiving from the ElectricalToThermalConversionUnit, in total, twice the maximum energy that that unit can possibly deliver.) 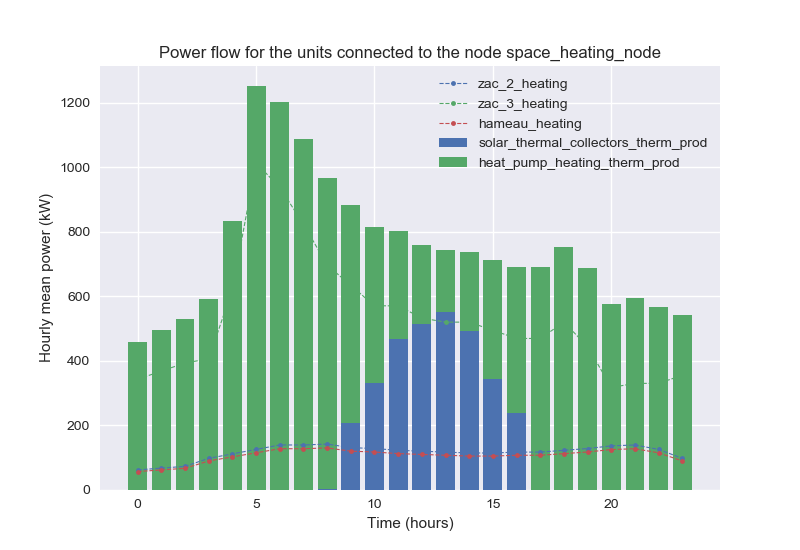 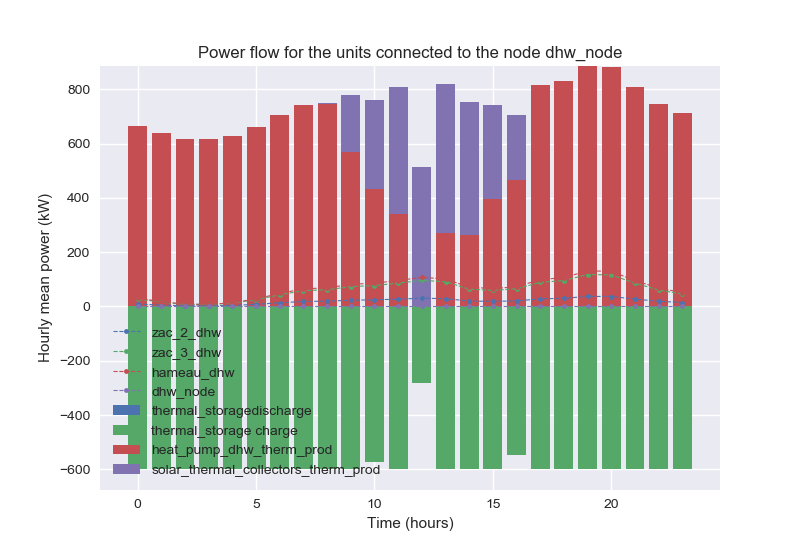