The graphical representations of assembly units, i.e. conversion units and reversible units have been discussed on the 31st of January 2020 with the following conclusions (see the attached picture):

Other ideas for graphical representation were rejected (see the attached picture):
5. Reversible units with detailed production and consumption, which seemed useless to detail and that would make reversible conversion unit to hard to represent. 6. Conversion units with less detailed units, which seem to make things less understandable. 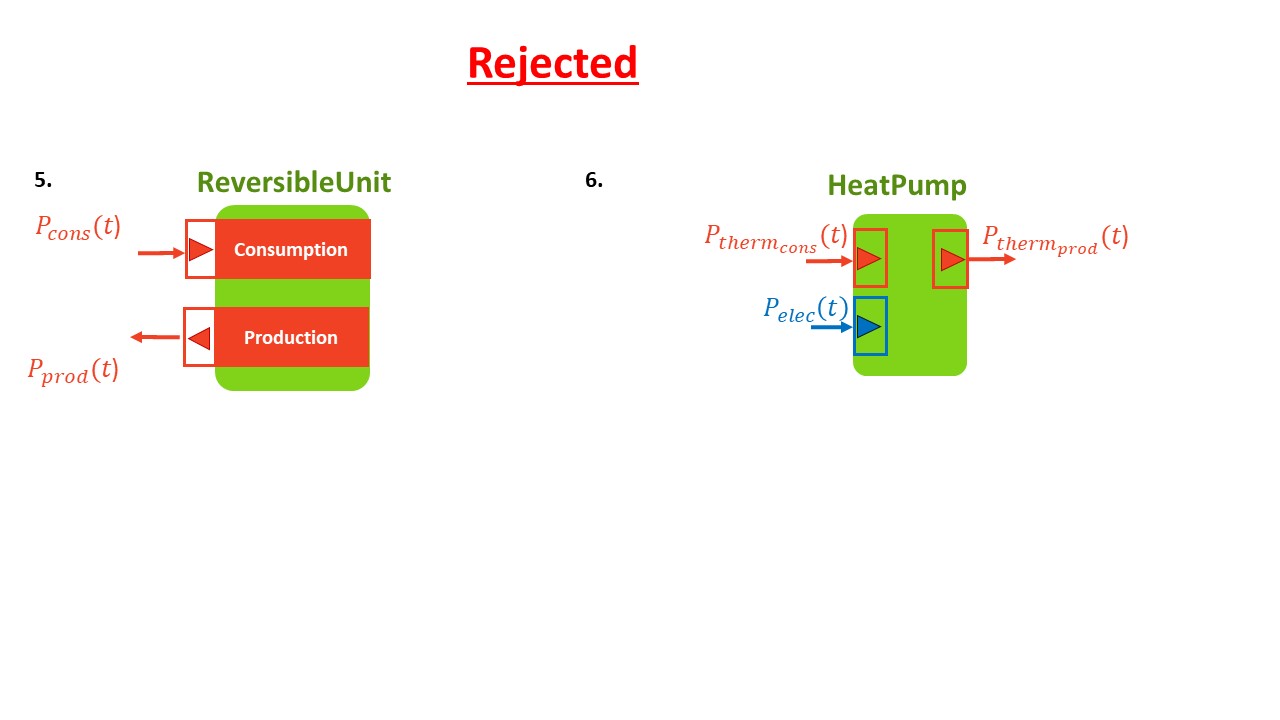